The Great Vivify Bake Off 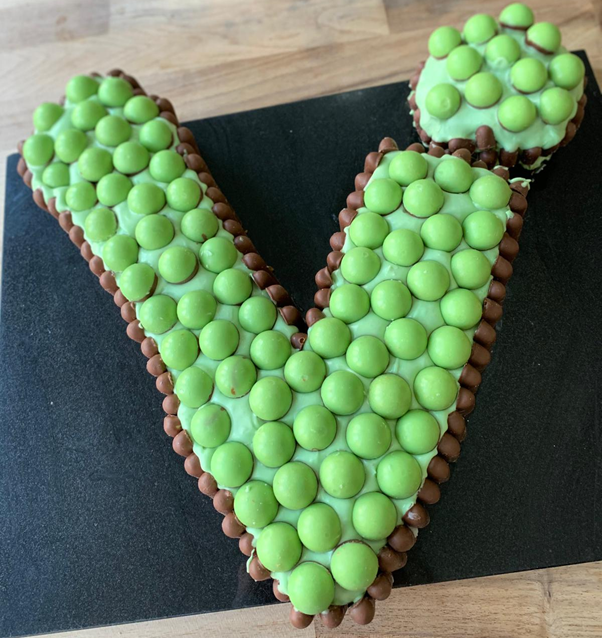 On your marks, get set, BAKE.

Teambuilding during lockdown can be tough; but believe me, there’s nothing tougher than seeing the AMAZING baking skills your colleagues have – and not being able to taste it!

We’re a competitive bunch, so once the challenge was set, we put on our aprons and got cracking!

We realised pretty early on that Bibi has been hiding her creative skills from us! Normally found processing payments and mastering spreadsheets, Bibi and her son Oliver produced this adorable masterpiece!

There were some pretty harsh critics round at Andy’s house! His Vivify spectacular was described as ‘dry, salty and a bit sharp’.  Definitely top of the board for aesthetics though! Does it look familiar?

Jen’s bake contained so much sugar, it was mandatory to have a quick sit down afterwards to recover!  These cupcakes are not only adorable, but tasty too! Jen's nieces gave the cupcakes a 10/10!

Debbie has been receiving lots of orders from friends looking to try her festive cupcakes! We’d better hope they don’t taste as good as they look... I don’t think we’d get through the week without her if she took up a professional baking career!

Brad was the only one of us brave enough to attempt a savoury bake.  This Santa Bread would even make Paul Hollywood proud! Although, we’re still waiting for Brad to explain why Santa looks so angry!

Following a stunning practice bake the week before, Barney delivered a technically impeccable roulade! He promises us all that it tastes better than it looks, but we’re yet to taste proof of that! He’ll have to make it for us again.

After the first bake was a bit of a flop, Alaine and her husband Dave realised the secret was recruiting the right tasters.  Have you ever seen anyone more excited to try a pupcake?!

They did look pretty impressive - and they got rave reviews from the tasting panel. Officially ‘lick your lips’ level of tasty!

And finally, here’s my biscoff brownies! Even though I left them in the oven for DOUBLE the amount of time, they turned out surprisingly well!  I’m not sure if it’s a blessing or a curse, but the team have voted to give them a real life taste test when government guidance allows!

We all had so much fun creating our bakes! Some found it more stressful than others – I know I had many moments of panic!

Let us know which bakes you’d want to try!